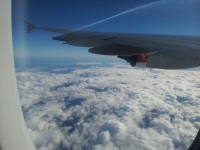 Believe everything you hear about it being over-rated and ugly. I didn’t have high expectations for LA or Hollywood before getting here.  I always get anxious leading up to traveling anywhere. Its a hard thing to explain.  Its an emotional state that I go into that I’ve had as early as I can remember traveling anywhere.

Once I’m in the car or on the plane the holiday excitement and anticipation emotions eventually do take over  and traveling fun begins. Going to the US is the furthest I’ve been from Australia and first I’ve been overseas. So this is a massive shock to my comfort zone.

It doesn’t help when you are beyond tired making you emotionally a bit unstable and uncomfortable. Most of what you hear about LA is negative especially Hollywood and I can only agree. I know I’m a total noob traveler totally naive, so I’m learning first hand that regular tourist strips are best avoided.

Flying from Melbourne to Los Angeles is a 14 hour plane trip, which also another record for me. I soon learned the little packets of sleep you can get in are like golden nuggets. Arriving in Los Angeles airport at about 7am I think I managed get in my longest block of sleep of about 50 minutes just before landing. We’re flying Qantas who do a great job looking after you through the flight. They give you plenty of food and drink and the entertainment system is pretty good. I didn’t need any of my own media I brought with me.

Because we’d planned this trip so early and after checking the plane seat configuration helper seat guru, I’d been able to select the seat just behind the 2nd exit row. Its a window seat near an exit which has no seat in front of it because the exit door bulkhead. So you get to stretch out and have the very charismatic Qantas hostess to chat to seated in front of you for take off and landings. In the bigger Qantas Airbus A380 without checking my ticket again I think it was row 80. The A380 is the bigger and better Qantas plane to get on so look out for it when you are booking your flights.

Get ready for a long wait in LAX. It took us about 2 hours to get through.  Don’t believe the advice you might get about looking for a driver in the cab ranks instead of getting a yellow cab.  You’ll instead get a crazy Asian dude in his beat up Toyota Avalon shaking you to pieces at break neck speed to your destination. Book a airport shuttle van in advance instead. You might have to share with some other tourists but its great to chat with them and the drivers anyway. The shuttle drivers are a great help and its pretty inexpensive.

Dumping our bags at the hotel and managing to score a earlier check in time, we had about 4 hours to waste.  Pushing through sleep deprivation we went straight to the Hollywood strip on Hollywood Boulevard.  I was told that you should try stay awake to your usual bed time (eg. 10-11pm) the first day you arrive. If it weren’t for the little bits of sleep on the planes I’m sure it would have been even harder. But you’re still a zombie wandering the streets by this stage.  Which in Hollywood is handy because you fit right in.

Hollywood seems a town which is struggling to hold onto what it used to be.  The glamour and image forged from the golden years of film and TV in the 50’s and 60’s created this place.  Its hard to see any of that or get that special feeling when you wander around the place.  Like everything America, my perception and understanding of what the whole country is has been feed to me mostly from these same mediums. It’s easy to acknowledge show-business and celebrity as fake and all an illusion. It’s also a guilty pleasure to be interested in famous people, for some its an obsession.  Yet it is strange though how once you hit the Hollywood streets you still feel insulted by the individuals and “businesses” which draw their living from everything that is “Tinsel Town”.

We walked the “walk of fame” and checked out the Kodac Theatre (now called Dolby) and shopping centre. It’s over-flowing with tourists and costume clad famous movie and TV characters hassling you to have your photo taken with them.  I think the yellow transformer guy was about the best of them.  You sorta wonder why it makes logical sense to get your picture taken with a dress up character in Hollywood, I dunno but it does?  I suppose it does for the kids.  The best scammer pitch I saw was the rapper-CD scam. Which I almost fell for being empathetic the new musos trying to promo their new demo.

A dude will approach with his new rap CD that he’s trying to get a record deal for.  He’ll just give it to you saying its free.  Then he’ll go on about how while he is trying to kick start his career, he is also trying to be a great guy and give back to the disadvantaged. So he’ll ask for a meek donation of $10 or $20.  I gave him $2 and his CD back.

Back in the Magic Castle Hotel I’m hoping to get a decent sleep tonight to help clear out this rubbish from today. Its one of the better hotels in Hollywood and the staff are excellent. Aussies make up about 50% of their guests so they even have tubed Vegemite on their free breakfast benches.  It spins you out when you think about how you are more than 24 hrs away and on the opposite site of the world from everyone you love.  Tomorrow we’re off to San Francisco, and I can’t wait.

← Bassists Look Too Bored
San Francisco – There is No If →
Follow SK-Bass on WordPress.com